Use Smileys in Odoo Chat Service

Today, emoticons need a bit less explanation, these pictorial representations of feelings are playing a significant role in communication. If you ever wish you could reach out and talk to your clients...

Today, emoticons need a bit less explanation, these pictorial representations of feelings are playing a significant role in communication.

If you ever wish you could reach out and talk to your clients, suppliers, co-workers face-to-face, here’s some good news Synconics build a module for Smileys in Odoo Chat Service: An emoticon might be the next best thing! Scientists have discovered that when we look at a smiley face online, the same very specific parts of the brain are activated as when we look at a real human face. 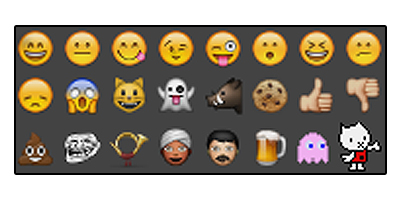 Emoticons are great tools, especially among younger internet users, to convey expressions which words cannot describe. Using smiley faces in your chat helps the recipient to properly interpret the message and avoid unnecessary misunderstandings. Not only that, but emoticons make chatting fun and expressive.

Now in Odoo chat service possible to use smileys while chatting which give more life to chat. You can have smileys to use in individual or group chat to express your emotions. 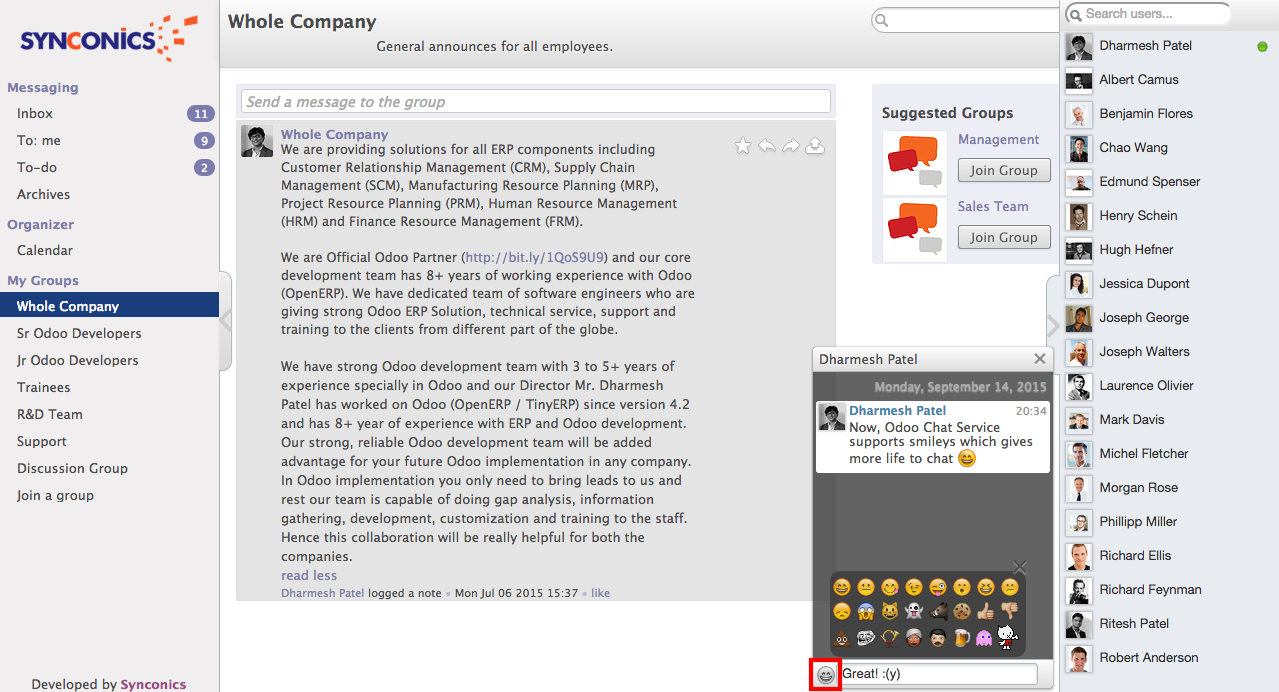 They create a happier workplace

You might have heard that emoticons aren’t so professional for workplace communication. That might still be true in some industries, but more and more smiley faces are entering work messages - and the science shows that no one really seems to mind.

Studies on workplace communication show that when specific, negative feedback from a superior comes with positive emoticons, employees are more likely to feel good about the message and more likely to make the changes asked of them. It’s worth noting that using disliking, or negative, emoticons had the opposite effect in some cases.

Researchers have long known about the negativity effect in message, which is the phenomenon that a recipient is likely to perceive an message as more negative than the message sender intended. Since we don’t get the chance to share facial expressions and other nonverbal cues in our messages, they can sometimes be tougher to interpret. But emoticons might be able to help.

When they were questioned about what they read, the results showed that emoticons reduced the negativity effect in the business-related messages - the same message sounded less negative when paired with a positive (smiley) emoticon.

The study added that emoticons are “not just enjoyable to use, but also a valuable addition to communication methods.”